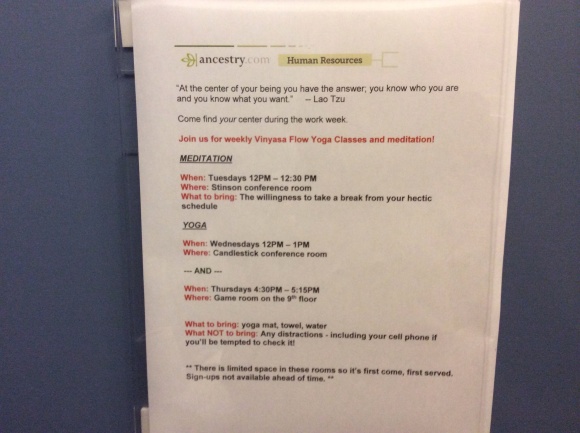 This is not normal.

5. Warm summer nights when you can sit outside in a short-sleeved shirt and enjoy an ice cold beer.

6. Industries besides the tech industry.

14. Restaurants without a vegetarian option.

17. The freedom and responsibility to judge others for all personal choices without any guilt.

18. Sandals. It’s always too cold for my poor little toesies.

A Career of One’s Own: From Boston to Ukraine to Somewhere Entirely Different

One of my passions is learning about other peoples’ journeys. A friend of mine and fellow BU alum, Keith (who blogs at Espose) has had an interesting career journey that he’s shared in the piece below. This is especially relevant for 20 somethings in search of a career or for anyone who likes a good read. Enjoy!

My plan after graduating from college in 2011 was simple. I’d do two years of Peace Corps in Ukraine, get a Master’s in Nonprofit Management afterwards, dive into the nonprofit world, and then one day run my own organization.

Three years later that plan is shredded. I work in an office that frustrates me always and at times drives me completely insane, and my professional life is directionless. It’s not a unique story amongst 20-somethings and my trajectory is by no means representative of everyone. But a common thread for many of us is getting what we wanted, realizing it’s not what we expected, and then not knowing where to turn.

For me, the first seeds of doubt were planted before I even got to Ukraine. Before I left, I worked for a bicycle tour company and loved the energy of the rapidly expanding small business. This contrasted sharply with the inefficient, glacial-paced, red-tape atmosphere that overshadowed my work with Peace Corps Ukraine, Ukrainian NGOs, and at the school where I taught English. In particular, working at my school was the most perplexing challenge of my service. On paper it was the ideal job, but secondary factors made it miserable. These included interpersonal conflicts with the cliquey staff and my mostly apathetic colleagues, structural challenges like the draconian administration and ever-changing schedule, and the more ambiguous but ever present hopeless vibe that pervaded the school and the economically-depressed, post-Soviet town. I was constantly stressed, even when working completely independently or outside of work altogether.

I returned to the States with a reversed sense of priorities — I didn’t know what I wanted, but I sure knew that I didn’t want to work for the government, in NGOs, or as a teacher. I moved back to Boston and found a job temping through August at an office at Boston University. Unfortunately, I’ve fallen into a familiar trap — I love my work with the students, but this office, its employees, and my daily tasks rival a Dilbert comic in absurdity. Living in Boston, I do have the advantages of the city and a network of friends, so for a while I simply tried to separate life and work. But eventually I reached a point where a “good” day was when I mentally blacked-out for half of my waking hours five days a week.

The Monday before 4th of July, I had a terrible day at work. None of the events were exceptionally heinous individually, but collectively they gave me one big wake-up call and the much needed epiphany that I don’t have to deal with any of this. Even though I’m still unhappy at work I feel empowered to take ownership of my professional life instead of letting the clock tick down to the end of August.

Going forward, I’m going to try to have a more balanced approach. I’ve traded in my clear-cut lists of “wants” and “don’t-wants,” for flexible tiers of preference weighted much more towards intangibles like people, mentorship, and office culture. I’m now very aware that choosing a job is also choosing a lifestyle; that jobs largely determine personal schedules, how and when people spend their time, and living purely for the evenings and weekends leaves people disengaged from whole swaths of their lives. I’m also trying to appreciate the benefits of uncertainty. Being directionless is often anxiety-producing, particularly after pouring over endless job postings with still no idea of what I’m really looking for, while most people around me carry down their well-defined career paths. But every once in a while I stumble across a bundle of possibilities I had never considered or even known of, and I’m completely free to pursue it. There’s nothing to lose, and everything to gain.

I still can’t say I have a plan, but I do have a perspective. And though less concrete, it’s more than what I had three years ago.

What are your thoughts on a career journey? Do people ever really like their jobs? Leave feedback in the comments and to hear more from Keith, check out his blog at espose.wordpress.com.

It gets better, they said. Just wait. Soon it will all make sense. Soon your hips will stop widening, your jaw and nose will grow in equal pace, you’ll understand bra sizes and stop being embarrassed when you buy tampons.

Soon you’ll understand how wonderful it is to be an adult, to choose your own breakfast and buy your own poptarts, if that’s what you want.

Chase your dreams, they said. Soon you’ll be achieving them. Follow your heart. Soon you’ll be making great decisions all the time and relationships will be easier and it will all make sense. Everything will make sense, even the fact that we live on one of 200 billion planets in our galaxy and that the universe is infinite, truly infinite.

And acne – soon the acne will stop. You won’t have to spend 121 hours every year scrutinizing your pores, determining which ones deserve to be squeezed and which ones must ripen.  You won’t be jealous of the girls in the Clean & Clear commercials or spend significant amounts of time imagining where you would send all the pus in your body if you could choose to just have one perpetual pimple.

I believed what I wanted to believe – I pieced together the various messages of my childhood and adolescence and came to believe that once I turned 22 or 23, I would have it all figured out. I – and everyone else – would be living our dreams, wearing clothes that fit and laughing together while eating pasta at a restaurant. And our skin would be clear. It would be completely clear, with not a zit, pimple, blackhead, whitehead, subterranean or squirter to have blemished it in many many years. 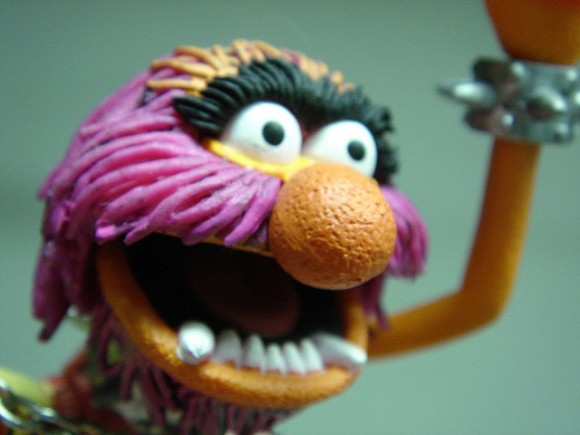 a difference, but they didn’t say that society often villainizes or kills those who try. They promised clear skin, and still I have blemishes, and now I pay for my own face wash.

They didn’t tell us, but that’s okay. They probably didn’t know what they were doing. Now that we know more of the truth, we can move on, complain together about our acne, and get ish done.