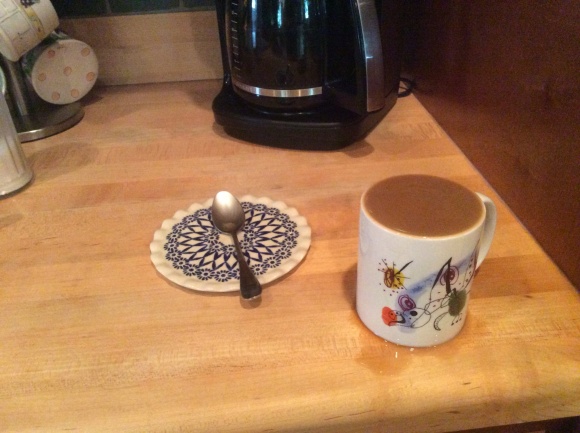 the worst thing in the world

1. Leave more room than you think you’ll need in your coffee cup. Otherwise, it will overflow when you add milk like it did yesterday and the 363 days before that.

2. When in doubt while hiking in the Kennesaw Mountain Battlefield Park near Marietta, GA, bear left on all the trail forks. That way you won’t end up having to trespass on a country-dweller’s land just to get back to the road where you’ll end up walking an extra 2 miles on a sidewalk-less highway in the sun with a dog with a death wish.

3. Don’t bring a house dog to do a woman’s hike. Some labradoodles aren’t meant to do more than 15 minutes of light jogging in the shade and will try to throw themselves under cars if made to walk more than 30 minutes.

4. If it takes more than one minute to open up the hot fudge jar, it means you’re not meant to have any. Don’t treat it like a physical challenge and then decide after finally opening the jar that it’s not good enough. Especially don’t spend another minute opening up a different jar of a different brand of hot fudge.

5. Don’t decide to write a one act, four part radio play about the Civil War to act out by yourself in the basement. You’ll just end up overwhelming yourself and then taking a nap.

6. Don’t try to impress your friends by using sophisticated terms to critique the improv show you saw together since you’ve taken some improv classes and know a thing or two. No one cares about whether or not the “players” made “strong choices” with “solid edits” or had “authentic relationships.” They just want to talk about what made them laugh.

7. The next time your suggestion is chosen at an improv show and the douchebag in front of you tries to give a different one, avoid yelling “SHUT IT” in his face. It’s not very endearing, and you don’t need to stoop to his level.

8. Gloating is never a good look, and doing fist pumps after the restaurant manager says he’ll give you half off is tacky. Wait until after you’ve left the restaurant to celebrate.

9. Don’t get yourself into a one-upping texting situation without an exit strategy. Say hahaha and leave it at that.

10. Don’t honk back at someone who honks at you because you made a driving error and it’s clearly your fault. Do something else, like swear in your car.