Why Exercising is the Worst 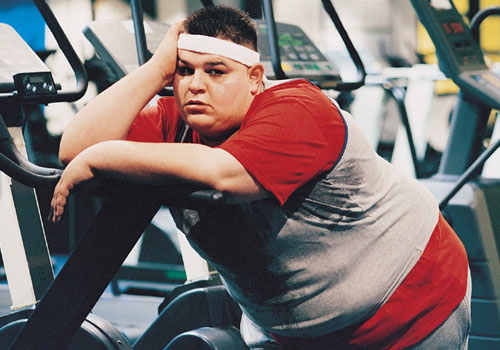 I have about a billion and one problems with exercising, aside from the fact I struggle doing it regularly. First of all, I can never spell the freaking word. I always get the c and the s and the z* mixed up and yes I do have a college degree and even if I went back and got every single degree I would still misspell exercising because it is accursed.

Aside from spelling, one of my personal struggles with exercising stems from the fact I only have one sports bra and hate doing laundry more than three times in three months. This becomes a problem when I try to exercise every day, because as one exercises, one’s body produces sweat, a combination of accumulated self-loathing and lethargy that melts and drips out of the body’s pores and into clothing in a most unattractive way. This sweat often has a scent that reminds me of herds of large animals running in the midsummer sun. What I’m trying to say is my bra gets gross and I hate having to do a special load of laundry just to satisfy my exercising habit.

Probably the biggest issue I have with exercising is that it is never-ending. It’s not possible to work out regularly and extremely for three years and have the effects last longer than a couple months. There’s no internal bank of exercise credit in which one may store up and then slowly distribute all of the hard work that has been put into the body. One can sweat their eyeballs out for six months and then one month later, their bodies never remember leaving the kitchen.

At any time during a phase of regular exercise, the anti-motivation demon comes to call. My alarm goes off in the morning and instantly I start making excuses as to why I’m unable to leave buddy the bed and complete the scheduled routine. My throat’s scratchy, there’s not enough time, I’m too sore from yesterday, the other runners will jeer at me, my clothes are too dark, etc. As my mind grasps at any possible excuse to not leave the house, I know the whole time that I am sabotaging myself and will never be a person that has the healthy-person glow, a glow that can be imitated, but not reproduced exactly, through the use of alcohol.

As I lie in bed convincing myself that my legs will fall off if I start running, another part of me says, “You are pathetic. You know you could go running. You know you’re not sick and that it won’t be that hard. But look at you, all soft and squishy, curled up in bed. You should have known you wouldn’t be able to exercise regularly.” After a while I start agreeing with the voice. “I am sad and flabby. I don’t deserve the healthy glow.”

And then I stay in bed and hate myself for it, even more than I hated myself for rarely exercising. Thus I’ve concluded it’s best not to start the whole ordeal, just as it’s better to never love. When no one loses, everyone wins.

*”But there’s no z in exercising!” You might say. Why, then, do I put it in there every single time I type the word? There must be a z! There must!

51 thoughts on “Why Exercising is the Worst”