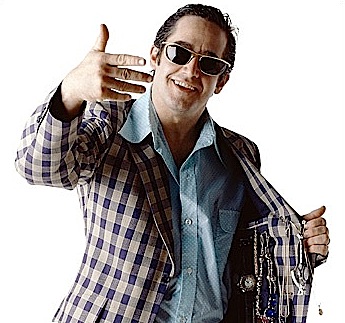 You might know the feeling. You’ve been crashing at your friend’s apartment for a couple of weeks and you’re desperate for work. Your top five visited pages are all Craig’s List, the world is measured out in dollar signs, and you’d rather someone spit in your mouth than overpay for a cup of coffee.

Your mind becomes numb as you troll Craig’s List, and even the dubious sounding Candy Puff girl “marketing” position begins to have some appeal, and this is a position that involves selling single cigarettes and gummy worms to an inebriated and gropey post-techno crowd.

The end result of your enthusiasm/desperation is that you apply to dozens, possibly hundreds of jobs in a couple of days. You wait for anyone to call or email you, just to know that you exist. Anxiety, feelings of worthlessness, and rampant peanut butter eating fill your day.

This was me just one week ago. I had shut myself into my friend’s room and become a Craig’s list zombie. When places called or emailed me back, I invariably had no idea who or what they were because I had applied to so many different positions. Nevertheless, I always pretended I was happy to hear from them specifically and yes I was very interested in learning more about the position.

One day, a place named “PMC” called.  Actually, two different people called within minutes of one another in a very obvious and potentially embarrassing (for them) recruitment error. Despite this initial warning sign, and the fact I had no idea what position I had applied for or what company this was, I went right ahead and responded to their call. They were interested in me.

According to Melissa, her managers had received my resume and wanted to speak with me in person. Great! I said, still clueless about their company and the position. She went on to say that this was an entry level position, and they were looking for people they could train into becoming managers. Perfect! said I. So we set up an interview time and she told me a few things to remember, one of which was to wear business professional attire. See you then! I said.

And then the doubts started. What was this place? What did they do? Why did they have to remind me to wear professional attire to an interview? Why did they want people with no experience? It all seemed a bit….odd. Later that day, I looked up the address they gave me and one of the first items that popped up revealed that this was very likely a scam.

It was my very first Craig’s List scam. I was fascinated and thought it could be a great blog fodder opportunity. Maybe I would show up at the interview in my prairie dress with a resume that said I went to clown school and subbed as a P.E. teacher in my home town of Alsida, Louisiana. Would they still “hire” me or send me away after seeing the crazy in my eye?

Alas, we will never know. I cancelled the interview because of laziness and fear of being clubbed with a baseball bat. But the housing search yet lies ahead, and hundreds of emails sent to Craig’s list addresses. Should danger come calling again, I will greet it in modest clothing and with a pen ready.