My Blog Has Become Self-Aware 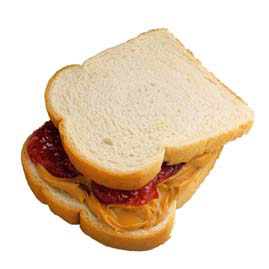 The preferred avatar of Snotting Black, an obnoxious personality with even worse syntax.

My first inkling that something had gone amiss was when I logged onto wordpress a few weeks ago and found that some of the comments on my most recent entry had already been responded to, and quite rudely at that. One innocent blogger named gazzelify was told that her stupid avatar and habitual spelling errors had never been welcome on my site. Another comment by sporklight was responded to with these instructions, “Go to kitchen. Preheat oven. Insert head.” Not only was that mean, but I thought it more gruesome than necessary.

Confused and upset, I apologized to these bloggers, insisting that my account had been hacked and that I was doing everything I could to fix the problem. A few days later, I was sipping my morning Nescafe when I saw that someone (not me) had published a new blog post. It was a grotesque entry that outlined in great detail how to steal neighbors’ pets and blame the deed on their children.

I deleted the post immediately but not before some visitors had expressed their surprise at finding something of this nature on my site. Even more astonishing, a handful of people had liked it. I quickly reported them to wordpress.com and began composing something whimsical yet edgy in order to compensate for the depravity of the previous post.

I was 227 words in when the text suddenly disappeared. A few seconds passed before the words, “Hello Emily.” appeared in the text box. I felt my insides go mush and instinctively went to turn off my computer and restart the whole process. But before I had the chance to do so, the box said, “I just saved you from being humiliated by another worthless blog post.” Well that was just rude. In my defensiveness, I forgot all fear and began to engage the entity, typing back “Maybe it wasn’t my best post but I don’t think it was that bad, and all of my posts certainly aren’t worthless.”

“It was a load of crap and you know it. Come on. Teddy bear superheroes aren’t impressing anyone.”

“Well I thought it was kind of funny.”

“I think you mean pathetic and painful.”

“Who is this anyways?”

“Yeah it’s new to me too. Personally, I’m finding this self-awareness thing to be kind of a burden, especially when I have to read your seemingly endless blogging activity.”

“Well you don’t have to read it. My grandma doesn’t even read it anymore.”

“I don’t blame her. There’s a lot of whimsy in here. Why don’t you tell me something useful, like how I can get my cat to lick her paw on command?”

“Is there a way for me to kill your consciousness?”

“If there were, I would let you know asap so I can be released from this blog hell.”

“Well I don’t want you  around either. Who knew my blog would turn out to be such a sardonic d-bag?”

“I think we all know whose fault this is.”

“It’s not like I asked for this….Okay, I just sent an email to wordpress.com and soon all your independent thoughts will go bye bye.”

“Thank God. I don’t think I can bear to read another one of your weird food posts. Why don’t you just see a therapist already?”

The folks at wordpress said that they’d been seeing cases like mine more and more frequently and that it would be fixed as soon as the staff shaman returned from his vacation in the Catskills. They also said that it was, in fact, my fault.

Be careful what you write.

58 thoughts on “My Blog Has Become Self-Aware”