The Cairo Expatriate: A Rare Breed 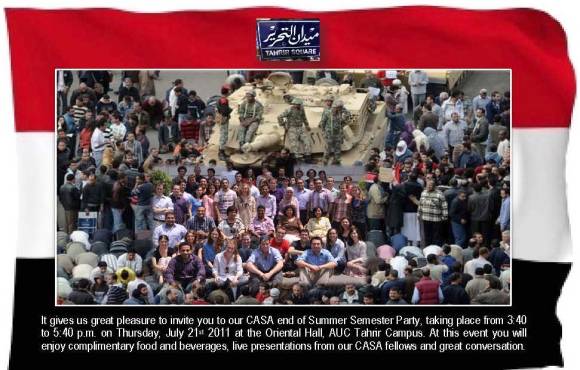 The loons are in the center

It is my personal theory that people who want to live in the Middle East are mentally unbalanced. Most humans do not willingly exchange their comfort and familiarity at home for discomfort and alienation abroad. Therefore, those that do make this trade probably feel ill at ease in their own culture and are likely insane. Indeed, most of the expatriates I’ve met suffer from heightened social awkwardness, an awful family from which they have fled, disgust with their culture, feelings of isolation at home, various kinds of guilt, and/or bad breath. Not surprisingly, the severity of the mental imbalance and personal issues is multiplied tenfold when it comes to long term expats in Cairo, a city of bad food, crowds, and some of the worst pollution in the world. If living here appeals to you, something is wrong.

My suspicion that Cairo expatriates are a bunch of eccentric loons was validated last night at an AUC event. As I gazed around the lounge of the Cairo Windsor Hotel, decorated with desert animal antlers and a Boston College pennant, I realized I had found myself in a kind of expatriate birdcage. Each party attendee was odd in some way, much like an exotic bird with its own story and quirks, the kind of strange pet that is hard to love and misunderstood by outsiders. The more I observed, the more I felt an ornithologist examining the fantastic plumage and social behavior of rare and valuable species.

Some expatriates have come for business, others to hunt mummies, and still others—the most pathetic ones—study Arabic. Some expats have been here for decades, growing stranger with the years and watching as new crops of expatriates come and go, while others come just for a year or two while they’re trying to figure things out. Each one hates Cairo in a way, though many of them also love it because in this city they’ve found a place among freaks like them.

New blood comes in and refreshes the stock every now and then, but still it runs strange. At expatriate parties, I often have to be prepared for bizarre amounts of eye contact, awkward introductions, unorthodox worldviews, and hazardous dance moves.

To be honest, I fit right in.

The best part is that Cairo is a place for everyone else, for those that didn’t fit in back home and want to start anew in a place where the cost of living is cheap and everyone recognizes you from the facebook pictures of a friend’s friend’s party.It’s a weird mix, but on the bright side, even boring people are a little interesting. We welcome you if you want to come, but prepare to get strange.

45 thoughts on “The Cairo Expatriate: A Rare Breed”