Leave a comment
By edrevets Anecdotes, The Cairo Metro

I Am the Enemy 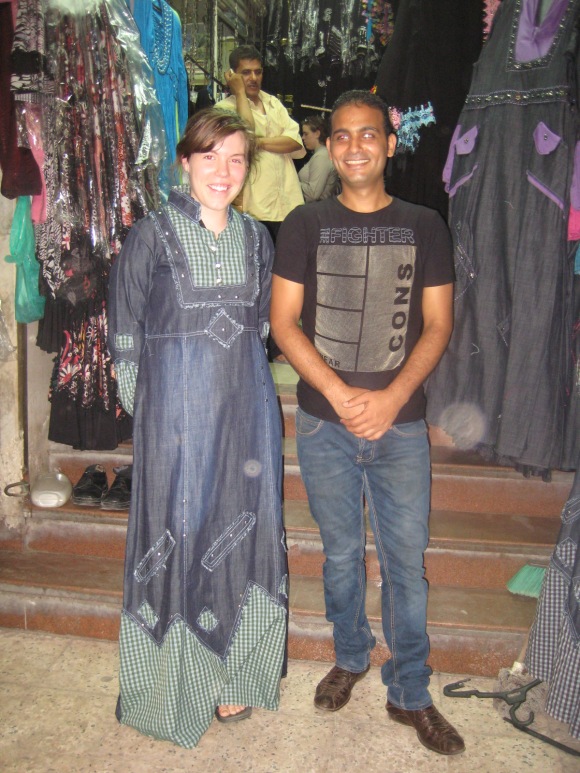 I’m the one wearing the country-style abaya

A normal scene at the Sadat metro stop.  The train pulls up. Humid air leaks through the windows. The crowd waiting on the platform agitates and swells against the side of the train even before it comes to a halt. Anxiety levels within the train also rise, the crowd knowing it must push through the thick membrane of commuters to safety.

Waiting for the people on the train to exit is out of the question. They cannot be trusted to move quickly enough before the doors clamp shut. They are suspicious people who are not nice to their mothers. Those leaving the train view the boarders with disgust, since they are clearly people with no resemblance of courtesy or decency.

What results from the rampant mistrust and inexplicable hurry is a quasi-brawl. Were the two groups of people large air masses, the result would be thunder and lighting, followed by a brief torrential downpour. Were the people silly putty and a LiveStrong bracelet, the two would be stuck together for eternity since silly putty, as it is made of silicon, sticks to the LiveStrong bracelets. I’m sure limbs and teeth have both been lost in the rapid exchange of bodies that takes place at each entry point once the doors open.

My preferred method of entry is a steady shove followed by small, quick steps, though sometimes I drift, like a professional biker, behind a larger woman ploughing through the mass. Usually I try to avoid shoving and elbowing too much because I find it distasteful to my delicate senses.

However, today was different. I was waiting in the blob of people about to board a train that had just arrived. The doors were open nary a second when a girl no older than 16, came barreling on my left side and knocked me out of the way, only to continue waiting one foot in front of me.

For a brief minute I lost all sense of reason.  I became the embodiment of Justice herself and thought there was no way this young hussy was going to board the train before I did. So I pushed back. And just as my elbow made contact with some other lady’s body I caught myself and became instantly ashamed.

What was I doing? Did it really matter if I got on three milliseconds before this tart? The obvious answer was no, and I walked a little slower after I boarded the train as if to make up for my guilt of being caught up in the heat of the moment. I felt exactly like a parent who just realized they were shaking their baby to make it stop crying. Who is this person I’ve become? Please send responses to lookingforanswers222@hotmail.com. Thanks!