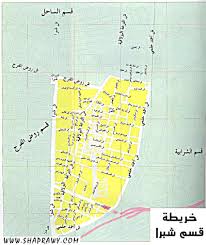 Not nearly enough zippers on those pants

Meanwhile, a young man named Aladdin saunters down the street in Shubra, past rows of fruit hawkers, underwear kiosks, and junk food stands. Unemployed and illiterate, Aladdin does not even have enough money to cover his chest that bursts with man muscles, and he is forced to wear embarrassingly low cut shirts. He tries to compensate with an extra shellac of hair gel and tight jeans covered in zippers, but alas, he is still unmistakably “lower class.”

An orphan without brothers or sisters, Aladdin’s one real friend is a street ferret named Abu, who he only sees for about 15 minutes at 4 am on weekdays. Needless to say, the young man’s social skills are quite poor, his concept of the outside world limited to what gossip he catches on the metro as he walks up and down selling teaspoons or packets of gum.

Occasionally he gets into trouble with the local authorities, due in large part to his suspiciously unwholesome appearance and Abu’s reputation for stealing the mangoes and pomegranates piled outside of juice stores. But he avoids any serious beatings. Scraping by on wafer cookies and bean sandwiches, he dreams of one day moving out to New Cairo, away from all the chaos and unbridled humanity of Shubra, getting married, and living in a villa with the woman of his dreams, or any woman at all.

Despite his rough upbringing and lack of parents, a home, education, or any real hope of a future, Aladdin is a good soul. He has never knocked an old man down while boarding the metro and can always spare an extra guinea or two for the invalid in need. Somehow he understands that it is the little kindnesses that matter, and that even though the entire world and everyone suffering in it is eventually going to burn, we can make the time we have more pleasant by being civil with one another.

He walks to the metro on this day, like every other day, loaded down with the day’s merchandise. Yet unbeknownst to him, an unadvisedly hopeful product of the Egyptian elite is stuck in traffic on the way to Shubra at this very moment, and the stars have fated that they cross paths……