….But You Gotta Have Friends (and Family) 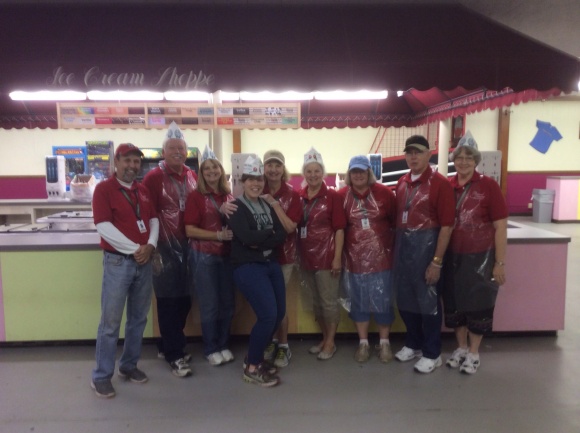 So I’m kind of an “independent woman,” whatever that means. Like I’ll go eat a meal by myself at a restaurant if I want to so I’m told that makes me independent. Whoop dee doo. And I like being like that. I like being able to say – hey, I’m going to hike to the top of that hill tomorrow morning, and then doing it. If someone wants to come with me, that’s awesome. If they don’t, that’s okay too.

Then I took this really long trip, and I was traveling mostly by myself for an extended period of time. Though I visited friends in all the cities that I traveled to, I spent a lot of time alone while my friends were working or while I was in between places.

Sometimes it was awesome, like when I discovered this secret park next to an Episcopalian church in downtown Charlotte on a Sunday afternoon. It was sunny outside and I just sat under a tree, ate an apple, and watched water coming from a fountain with a statue of St. Someone. Or when I was traveling on the night bus to Boston from D.C. and I was looking out the window at the signs all lit up as we were going through some random town, and I thought that I could do this forever, just never get off the bus and go through towns at night when they’re all deserted and that would be my life.

I did a ton of reflecting on the trip, which was great. How often do you get to flip back through the pages of your life and try to get some perspective on your own story and what it sounds like when you play it back? I’ve also had time to do some reflecting post-trip on the trip itself, which has also been good. In fact, I’m about done reflected out. So I realized something, and I think I’ve known it before, but I think I know it more viscerally now than I have.

Without my friends and family, my trip would have been pretty lame. Those relationships made everything worthwhile. Sure travel is awesome, but after a while it’s just you in a different city sitting at a different coffee shop and you’re wondering why you wanted to do this in the first place.

Before this trip I was seriously considering moving to New York or Chicago in a year, kind of to pursue acting and improv, but mostly because I felt like I was “done” with San Francisco and getting  bored here. Or I thought of moving to Portland or Austin or Asheville, anywhere to see something different, to be someone different. Then on my trip I saw a lot of places and recognized those kinds of thoughts for what they were: a chasing after the wind, an external solution to an internal problem, which was my fear of missing out on something “better” and my fear of commitment.

People, community and relationships are what give places depth. And community takes a while to build, and it can be difficult, and there’s a lot of fear. There’s always fear.

That said, I believe that community, relationships, and love are the best and highest pursuits in life. Without this, everything I do or want is empty, a chasing after the wind.

I am extremely grateful for my community and I feel undeserving of their support and love. My friends and family housed, clothed and fed me while I was traveling and I am lucky to have such incredible people in my life. I’m also extremely cognizant that I didn’t get here by myself, and by here I mean in San Francisco setting off to pursue dreams of improv and comedy and God knows what else.

At every piece of my journey, step for step, someone supported me. When I wanted to go out of state for college, my parents said “Right on.” When I went to Egypt, they were like, “You gotta do you.” When I got lonely or sad, my friends were like, “You’re going to make it.” When I moved to San Francisco, I stayed with my friends for almost two months without paying rent because I had no money. When I felt like I was failing because I wasn’t following my dreams, my then boyfriend had more faith in my abilities than I did. When I thought I couldn’t do it, my friends and family said that I could. I owe them more than I’ll ever be able to repay, and the thing is, they don’t expect me to.

This is the kind of love that no one deserves. I don’t know what the rest of my life holds for me, but I do know this: that I have been blessed beyond anything I could imagine, that love has fueled any kind of success I’ve had and that my claim on it is so small as to almost be negligible.

So I look at my life and what I’ve been able to do, and I see now that I’ve been set up for success where others have been pushed towards failure. Like I said, I don’t know what my future holds but I want to live to see a different world, one where so much doesn’t depend on whose womb you come out of.

That’s what I want.

One thought on “….But You Gotta Have Friends (and Family)”