Growing Up is For People Who Have No Imagination 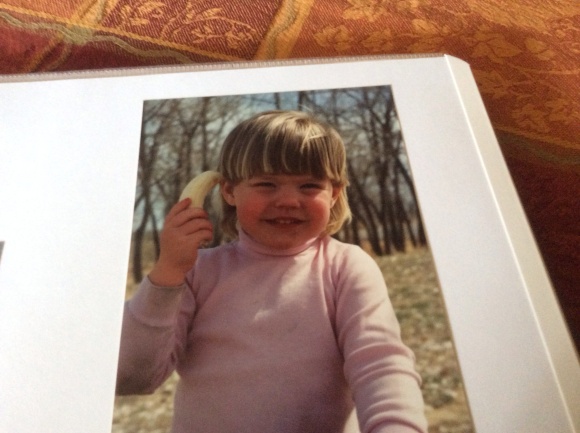 Can’t wait to be on conference calls one day!

I turned twenty five today. There was no surprise birthday party, few gifts and less Facebook notifications than there have been in years past. This birthday just lazed in, almost unnoticed, like bread that looks normal but when you open it up it’s got mold all over it.

Growing up, twenty five seemed like the pinnacle of adulthood. By the time I turned twenty five, I thought I’d be married, have a career as a world-renowned neurosurgeon or something equally remarkable, wear makeup and shave my legs, and pretty much have figured it all out. The world, formerly known as my oyster, would now be a pearl that I’d wear around my neck as I laughed gracefully over a meal at a fancy restaurant with my best girlfriends. I would be wearing heels.

This has not happened. Life as I’ve lived it has had more surprises and twists and turns in it than I could have imagined, and it’s not at all simple. In fact, it’s only gotten more complicated. Where I once imagined that everything had a correct answer, I now believe that decision making is mostly a crapshoot. Also, laughing gracefully is for people who have no imagination.

Adulthood used to seem so well-defined. One day you would wake up and find your family in a house that you’ve purchased with a mortgage and have potted plants outside, and you would take certain things more seriously and not act silly with your friends. And that’s how you knew you were an Adult and that you’d done growed up. You were a Grown-Up.

Now I don’t believe in any of that. I know that adulthood is something else entirely from what you own and your relational status, and that I would rather never eat ice cream again than stop being silly. And I pretty much live for ice cream, so that’s saying a lot.

I used to think twenty five was the end of growing up, but now it’s clear that it’s just the beginning of a journey that will probably never end. And that’s fine with me. Here’s to one hundred more years of confusion and slow realizations!