Don’t be scared, but this blog has been phoenixed 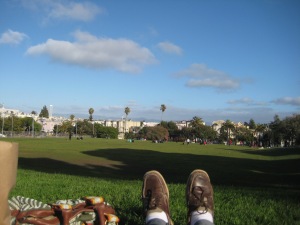 Another year, and my computer is humming just a little bit louder, a hipster choir boy wearing skinny jeans underneath his robe on a chilly morning. One day ‘ol compy will hit that high-c and leave me to audition on The Voice. Until then, grease spots and Cairo dust will speckle this beautiful machine in peace.

And beautiful it is, just as all of you are (especially you, Mom), glowing with opportunity in the now-slightly-used New Year.

I’ve already thrown away six pairs of underpants. What have you done? Share it in the comments while I move onto a different topic.

Three of you are (or were) avid readers of this blog. 80% of you are 30% related to me and at least one of you knows what I’m about to say, but here it goes anyways:

This blog, the one you see before you, the one graced with the semi-unfortunate “Let’s Ovulate” post and other posts of various quality, this very blog has been transformed. It was burned to the ground in a bonfire worthy of being Freshly Pressed and its ashes left to blow forsaken across Google image search results, a sad few stumble-uponers mistakenly subscribing for a blog that was no more.

But a dead blog this shall be no longer.

From the ashes, a fire has been woken. A blog from the tombs has sprung. The blogger awakened has been. And posts, glorious posts overflowing, shall once again tumble like jewels from the mouth of an enchanted sea lion.

This, however, is not the same Snotting Black that it once was, born in the land of Egypt and raised in various apartments in Giza.

Just as Gandalf was transformed after falling into the depths of Moria, so has this blog been changed. After months of rumination, countless tears, and several poptarts, I have decided to redirect this blog’s focus, and the most creative thing I could come up with was “a blog about San Francisco.”

Luckily for me, it doesn’t seem like anyone else has thought of this topic, so I hope to take over the market fairly quickly.

For some reason (possibly the chip in my brain), I’ve been finding the world and the humans in it more fascinating by the day. My goal in Snotting Black 2.0 (which will retain its original name and not be called Snotting Black 2.0), is to impart some of the wonder of the world to you, through telling stories about San Francisco. It’s as simple as that.

In contrast to this blog’s previous life, I will now try to impart knowledge, meaning, or some kind of feeling into your very being, whether you want me to or no. This means there will be facts. There will be interviews. There will be real pictures of real places with real people who didn’t want their picture taken.

I may have already said too much, but I hope I set the bar high. I don’t know how long I have in this city before it’s incinerated by God’s wrath, and I aim to do a lot of exploring before then.

See you around town.

9 thoughts on “Don’t be scared, but this blog has been phoenixed”