An Oklahoman Laments the Loss of Fall 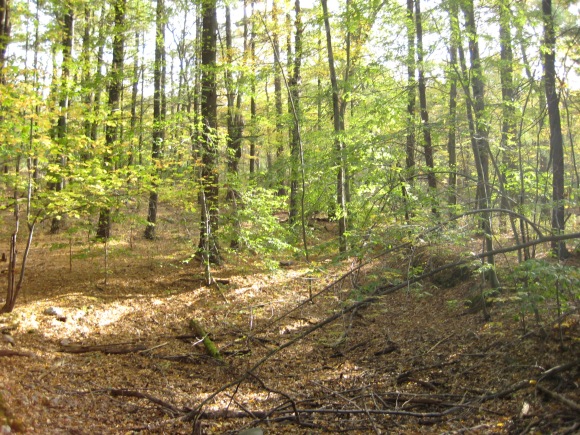 So it’s fall now, I think. I’m not really sure anymore if the seasons exist. Here in San Francisco nothing changes. Quinoa’s on its way out, boar’s on its way in. Gourmet sausage is somewhere in the middle, the roasted pork chop probably isn’t going anywhere, but fall isn’t coming. That’s for darn sure. Even though sometimes the wind blows and it’s got that crisp feeling and maybe there’s a leaf somewhere in there too, but it’s all an illusion. Fall isn’t going to come here at all.

Sure we get the Halloween Candy, and the pumpkins, and fall-themed lattes from Starbucks, but they won’t bring me a proper autumn. And the kids are back in school, and preschool-high school teachers are wearing themed sweaters over wildly patterned turtlenecks, but it makes no difference whatsoever.

The fog rolls out and in.

We’ve already been wearing sweaters for the past three months and one hundred years. We’ve already lit our fireplaces to stave off the cold of a chilly summer night, and warmed our hands at a bonfire on the beach to keep our fingers from turning blue in late May. We never put our scarves away in the first place, but we’ll never have to turn on our heaters because we don’t have them. Time doesn’t progress here so much as ebb in and out. Other places go in circles, but we move back and forth along the same straight line.

Still, the children get older. The facial hair on the hipsters gets slightly more ironic. Banana Republic models get more smug as they laugh in their business casual clothes.

Somewhere, college students are planning apple picking trips and updating their facebook statuses about how excited they are about wearing fall clothes. Somewhere, the leaves are beginning to turn slightly less green as they prepare to all fall down. But not here. Not ever.

I’ve only been on the West Coat for 2.5 months. Thank God it’s never too early for nostalgia. I’ll go out and drink $8 cups of coffee until the pain goes away.

15 thoughts on “An Oklahoman Laments the Loss of Fall”