6 Comments
By edrevets One minute read

The Adventures of Dreamily 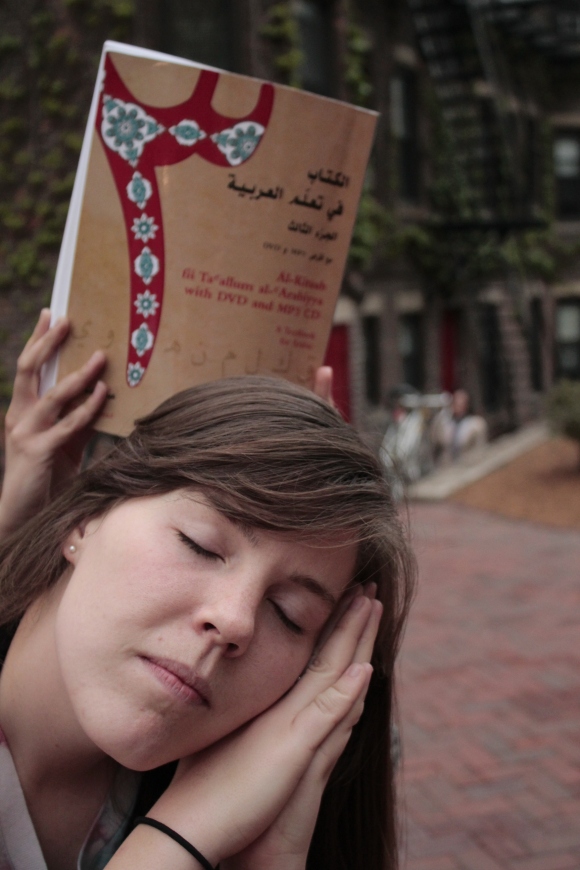 Arabic dreams are the most frightful of all

Late at night when I’m a-slumber, Dreamily traipses through the land of nod and discovers many strange and wonderful things and writes them all down in her little notebook. But when I awake, Dreamily has already left long ago with her little notebook and I never can know exactly what she saw.

That’s why I had to start following her on twitter, because she’s a fairly diligent tweeter/instagramer, and man this stuff she sees is weird. Last night, at 1:30 am she tweeted that she saw a full-grown man wearing a Winnie-the-Pooh costume eating pie with his hands on a deserted playground and that she wept but then he turned into a huge baby the size of king kong who wanted her to pick it up so she screamed and ran away.

And then at 3:03am she tweeted a picture of a swamp full of dragon flies with human faces that had gotten stuck from watching the television too close.

At 5:34, she was prowling around someone’s house in Kansas on the night a storm was brewing and a little boy was sitting alone in the kitchen next to the stove with a kettle on it. A door was squeaking somewhere.

6:49 found her interviewing for a job she was completely unqualified for at a techie startup where no one realizes they all have horrible body odor and then suddenly she finds that she’s the stinky one and is mortified but can’t remember which person is her interviewer to ask to leave and go take a shower.

After reading her twitter feed, I usually decide it’s for the best that I don’t remember everything Dreamily sees or does. At least I’m not missing out on any magical feasts.

6 thoughts on “The Adventures of Dreamily”