A Nerd Fights Her Destiny 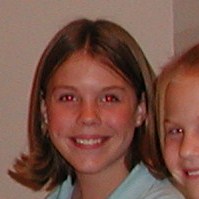 The bane of the science classroom.

I spent most of sixth grade sucking up to my teachers by leaving them anonymous thank you notes along with homemade muffins. My social status suffered accordingly. The day before summer break, as I watched the popular crowd milling in the hallways, I promised myself seventh grade would be different. I would prance with the best of them. My yearbook would be so full of signatures  I would have to buy extra pages. I was going to be gloriously popular and it was going to be awesome.

Summer zoomed by, and all of the sudden I was stepping into my first class of seventh grade. Big changes were afoot. In the back of the classroom sat the cool girls, radiating indifference and social status, already discussing the coming weekend’s social happenings. Next to them was an empty chair. If I could just sit there, I and the cool girls would be BFFs and giggle together until we died. All of my dreams were coming true.

Suddenly I heard, “Emily! Emily! Sit up here!” It might as well have been the call of the grave.  Two friends from my former life as a frumpy nobody sat at the very front of the classroom and beckoned to me, as friends do. They were of my own social class, both of them nerdly and pleasant, but I was completely aware they could not help my popularity level.

Tempted by the familiar faces, I hesitated. I looked again to the vacant seat, longing to be next to the cool girls despite the fact I could almost  taste their animosity and knew I wasn’t welcome there. Overcome with fear, I finally turned towards my geeky and less good looking friends.

I wish I could say this was the deciding moment, that from then on I didn’t want to be popular. But I did, devastatingly so, and it was only my blinding cowardice that kept me from palming my old friends in the face and approaching the preening girls at the back.

I made my way to the front of the classroom where my fellow nobodys eagerly pulled a chair up to the head of the table, which jutted directly into the aisle. Mr. Harrington taught right behind me, and the extent of my back damage due to swiveling and craning is still unknown.

But I made the best of the awkwardness, and used my proximity to the teacher to ask an astonishing amount of ridiculously off topic questions, like “What is color?” in the middle of Ch.8: Rocks. Thankfully, because of my location and intense focus on Mr. Harrington, I never felt the weight of the class’s collective eye rolling.

Despite my initial disappointment, I was actually living out my dream of being the ultimate teacher’s pet as well as beginning my life as an attention monger. Soon this opportunity to nerd out mitigated my desire to chase popularity. Why sit in the back and put on lip gloss when I could lead an entire classroom on rabbit trails and goose chases? Though I still occasionally wished to be popular, I believe this class was the point at which I learned I was probably happier as a nerdy and obnoxious student than a social ladder climber. In the end, I couldn’t resist my destiny. Abercrombie would have to look elsewhere for new customers.*

*Full disclosure: I shopped at Abercrombie until sophomore year of high school. Oh the shame……

54 thoughts on “A Nerd Fights Her Destiny”