Why You Should Laugh at Yourself 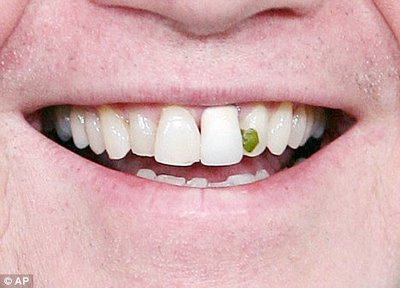 Because sometimes you notice that you have broccoli caught in your teeth from dinner a couple of hours ago and it’s now 8:30 and you’ve been making eyes with someone all night.

Sometimes your shirt is stained and you’re already at the networking event.

Your pit stains, though not smelly, are formidable but you don’t want to live your life with your arms down.

Sometimes a food object flies out of your mouth while you’re having a meeting with someone and then lands on your neck and you have no idea where it went but both parties try to ignore what just happened while you silently search for it without saying anything and the other person can see it shining on your neck.

You were completely wrong about something that you were adamant about being correct about. Turns out, Conan O’Brien stayed in a different hall before living in Mather Hall at Harvard.

Your body made a strange sound at a meeting.

You called her Michele. Her name was Rachel. You’ve known her for 3 months.

You said hello and they had no idea who you were.

You sent an email to Clara and George. You meant to send it to Claire and George. Clara is from a different company.

The ball you were playing with fell under someone’s desk and you have to get on all fours and crawl under to get it, and you’re conscious that you look like an animal.

You’re painstakingly trying to put a piece of gum on your mug and the CEO walks by. You feel less than intelligent.

You were horseback riding and your pants ripped.

You were caught “accidentally” using the men’s bathroom when the line for the women’s was too long.

People who take themselves too seriously are a drag and will never get their hands dirty.

Life isn’t so serious, after all – didn’t we just make all this up?

Tagged embarrassing social situation, get over it, humor, office life, satire, you're not that important

7 thoughts on “Why You Should Laugh at Yourself”