5 Comments
By edrevets Best blog posts, California, How to do what you love, Writing

When My Body Comes to Rest Beneath the Willow Me 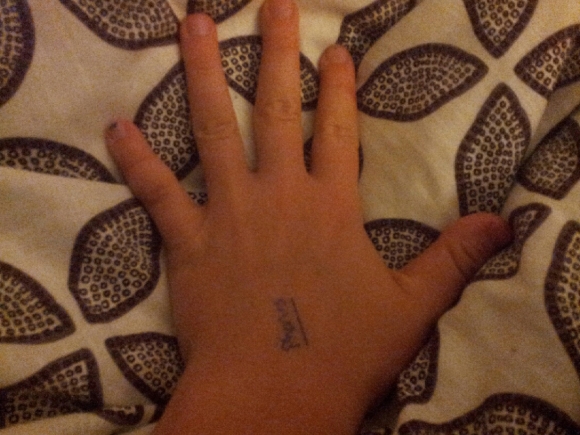 Let’s start with my sausage fingers and pie-dough hands. It seems like an appropriate place to start. Many things start here – the words I’m writing right now for example, or a properly tied sneaker.

My pinkies can’t even stand out straight. I’ve always thought it was because of the hump of fat my body put on them when my thighs were full, but now I think it’s because one of my sisters chewed off a tendon in the womb.

My fingers are the primary way I experience face grease and t-shirt texture. They’re seldom at rest – sometimes they do the thinking for me. I’ll be in a meeting at work, and before I know it, I’ve completely covered an entire page in flowers that look like they were screamed into being in a mad house. Problem solved, everyone. Let’s get coffee together.

But they can also be nosy little bastards, these fingers. Like, do you really have to pop every pimple on my right cheek, or frantically take off and then replace my ring while having a conversation with someone of high status, or scratch the back of my neck to feel that weird mole, just to make sure it’s still there? And seriously, playing with food is just not okay. So don’t do it, because we’re serious about the food we waste.

These hands don’t seem to understand that they shouldn’t obey every whim that fires through my synapses, like maybe they shouldn’t reach out and snatch the celery off Daryl’s plate at wing night, because he wants that celery. He really does.

When I’m watching closely, my hands do as I say, but if my mind is occupied elsewhere, it’s out to pasture and away they go, poking and prodding, fidgeting and snacking. How much do they know about each other? How much do I really know about them and their concerns? Maybe they wouldn’t hate having a stress ball around or another pair of hands to socialize with. Maybe they want to shake more hands or be part of more hugs or high fives – or maybe they just want to see the usual hands more often.

Maybe they’re tired of saying the same things over and over again, or want to give more instead of taking. Would they steal? Would they permanently lodge themselves into my ears? What would they do, if I let them do anything?

The body is one thing, and it has a life of its own. George Washington taught us that, right before he pulled the very first cherry tree out from behind his tutor’s ear. Without me inhabiting it, maybe my body would spend more time outside by the water, or go hiking in the redwood forests for a couple of months.

And then I could inhabit something else – a willow tree. I would whisper in the wind and tickle the necks of lovers as they made my roots uncomfortable. My body would come sit one day beneath the willow me and it would breathe in its oxygen and we’d see that things aren’t so different, after all.

Tagged forgiveness, humor, I am who I am, literature, poetry, satire, travel, trees, writing, wtf