Turns Out I Hate Crafts 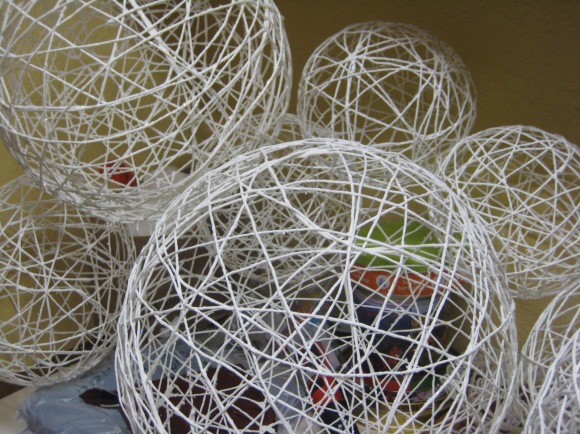 Having recently arrived home, where my nuclear family lives, including one bride-to-be, I have been confronted with some uncomfortable realities. One of these is the fact I don’t have my own room. Another is that there countless people (5) saying good morning to me in the  early hours when I would rather hear only the sweet hum of my aging computer. The most pressing one, however, is the fact I will physically have to do things to help my sister in her wedding preparations, and it is going to be much more work and much less glamorous than I had previously supposed.

Though I spoke boldly about how much I was looking forward to the wedding stuff and being a best maid, etc. while stationed abroad, I had no concept of what that would entail. At a distance from the nuptial hubbub, I played to my talents, which are blogging. While at home, however, I can no longer blog it in. My blogging in no way, shape, or form helps my sister. If anything, it’s a distraction and a nuisance.

Oddly enough, what my sister actually needs are people to work like indentured servants on a variety of craft projects, since she’s into the “make it right the first time” movement. It’s also cheaper than buying things from Martha Stewart. Currently we’re making big yarn globes, which will look pretty cool whenever we’re finished with them. But that’s not the point. The point is that I don’t like crafts. I’m also not very good at doing them. Consider this: the most artistic thing that I do regularly is doodle, and I only do that when I’m incapable of focusing on something else. I never choose art or crafts as an activity in and of itself, and almost as soon as I start one, I wonder when I can stop.

Here’s what’s going to happen: as soon as we start making another one of those globe things, I will instantly regret being a part of the project and begin counting the minutes until I can leave. This will to lead to me doing a poor job, which will in turn lengthen the project as we drape and re-drape strand after glue-soaked strand of yarn over the balloon. Secretly I’ll hope that by doing such a poor job you will never ask me to help out again. I recall all my former valiant words with chagrin as I’m faced with these simple tasks that prove too taxing for my attention span, which barely rivals that of a goldfish.

Instead of pretending I’m capable of attending to detail or caring about any aspect of a craft project except for finishing it with speed, from now on I’ll only do the most mindless of tasks so I will be free to distract others. This is my true gift to the wedding enterprise. My hands may be clumsy and my mind distracted, but my comments and interruptions are endless.