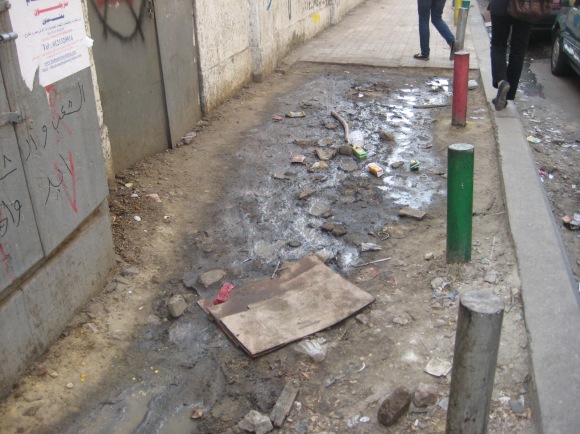 Look, I hate to be a Debbie Downer, but things don’t seem so great here in Egypt, and I’m not talking about the disgusting puddle outside of AUC’s Tahrir campus.

Even as we were all doing cartwheels and singing “ding dong the witch is dead” after Mubarak’s departure in February, some questions lingered in the background like “What next?” and “How difficult could it be to set up a democracy in a country crippled by poverty, corruption, and decades of political stagnation under the rule of dictators?” Turns out it’s pretty difficult, especially since it seems the egg of democracy has been shoved into an iron safe guarded by the general of the armed forces of the chicken coop for “security purposes.” Iron safes aren’t good places for eggs.

We already knew that the economy was going down the tubes, people were still hungry, and the political transition was moving slower than cool molasses. And then you have Sunday, October 9, 2011. There are conflicting reports of what exactly transpired (obviously), but basically, Christian protesters in Cairo were attacked by thugs of some kind and then the army stomped in with its big ol sticks and started putting down the demonstration violently: 26 dead and over 300 injured–the worst case of violence since the winter revolution and a painful indictment of the current political situation and its major players.

How do we feel about this? Not great. Though I am merely an Arabic student here for a short time, I find it incredibly disturbing and disappointing to see this kind of violence. Frankly, it makes me want to vomit when I think about the ploys the Supreme Council of Armed Forces is using to stay in power: sectarian strife, the fear of chaos, the promise of security even while it attacks citizens protesting peacefully. Is it not disgusting? But what can anyone do about it? What’s the alternative? People are tired of revolution and disillusioned about the future….why couldn’t prosperous democracy just happen? Why can’t it be like Idahoan instant mashed potatoes that fluff up into a delicious side dish within seconds?

And as if the violence itself wasn’t enough, state television got creative and its portrayal of the events differed significantly from what other independent channels like Al-Jazeera were broadcasting. Sounds like someone read Mubarak’s diary: “Today, I told the people at TV to just make it all up. Go crazy! Use your imagination! Make me look awesome!” And also the army attacked the building of an independent TV station (Al-Hurra).

So….it’s hard to say what’s going to happen in the coming weeks, but I hope people get angry,  forget their revolution fatigue, keep on fighting the fight. If you have any suggestions for how they should do that please direct them to peopleofegypt@yahoo.com since I’ll be too busy in class to do anything really.